Agreement signed to get more public surgeries at a private hospital 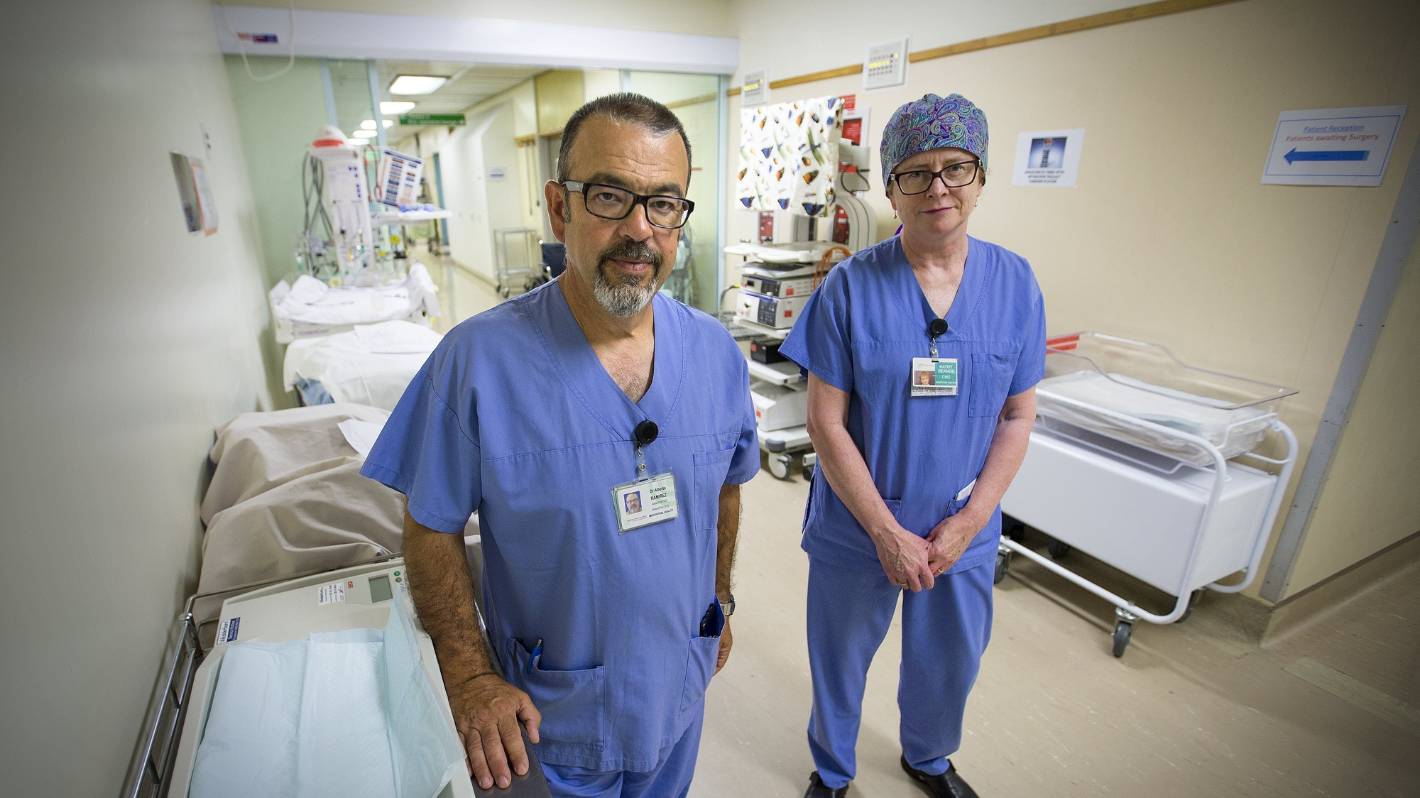 The private Crest Hospital in Palmerston North came to the rescue of the public hospital, building a new operating room to allow more patients to be operated on on time.

The deal was described as a change by MidCentral District Health Board chairman Brendan Duffy.

Signing a contract that will see MidCentral fill two full lists of theaters in Crest each weekday for at least five years from July 2022 will to some extent quell the impatience of senior doctors at Palmerston North Hospital .

Their frustrations spilled over at a district health board meeting on Tuesday when members of the hospital’s medical staff association clashed with Duffy in a heated exchange.

MidCentral’s clinical manager for surgical services, Alberto Ramirez, said some tensions remained, but the Crest deal allayed many concerns and was the best possible outcome for patients.

Along with the $ 26.5 million improvements, which have just started at the surgical facilities at Palmerston North Hospital, Crest’s ability to take more elective patients would eventually almost double the surgical capacity from 5,500 to 10,000 patients. per year.

And during the disruptions of the second half of 2022, when two public theaters are expected to be closed, the situation would at least not worsen.

Ramirez said the public hospital’s surgical facilities were inadequate, with the fewest number of operating rooms per capita of any New Zealand health district.

The hospital’s role as a specialized service in cancer treatment meant that prioritizing important, complex and urgent operations often meant that people requiring surgery for less serious conditions that made their lives miserable were often delayed. .

He said the Speyer redevelopment project was “a band-aid” when what was really needed was a new hospital, but was the best one offered.

This would give the hospital two additional operating theaters, from seven to nine, a catheterization lab for cardiac procedures, improved endoscopy space, and intervention rooms that could be upgraded for some surgeries.

But for months, senior doctors and staff worried about the “shocking” implications of trying to keep surgical services in the midst of reconstruction, sometimes likely to have to cut services in half.

A mitigation plan was agreed which involved a longer-than-usual slowdown over Christmas and January, when two theaters would be closed, allowing construction to continue.

Ramirez said the biggest concern came later in the year when two more theaters would close.

Outsourcing to Crest was the recommended solution.

Ramirez said doctors were upset that an agreement reached months ago still had not been signed earlier this week.

“The process dragged on.”

Lyn Horgan, director of operations for acute and elective surgical services, said a letter of intent between the board and Crest was signed earlier in the process, but signed contracts took longer.

Crest Hospital CEO Lorna Grove said the private hospital has been doing an increasing amount of work for MidCentral under contract since 2018.

“However, we are unable to further increase the aid we provide to them due to capacity constraints.

“We have therefore decided to finance and build another operating room, which will allow us to offer additional assistance to the board of directors under a five-year contract, which was signed this week. “

Crest Hospital, opened in 2015, was designed to allow for the creation of a fifth theater should the need arise.

This would guarantee MidCentral two theater listings each day of the week.

Ramirez said preparations for Project Spire had been difficult, on top of the continued stress from senior doctors that the hospital was inadequate to support the quality of care they wanted to provide.

But he said he was disappointed that tensions erupted in a public clash during Tuesday’s meeting.