Closure of the Impact field hospital 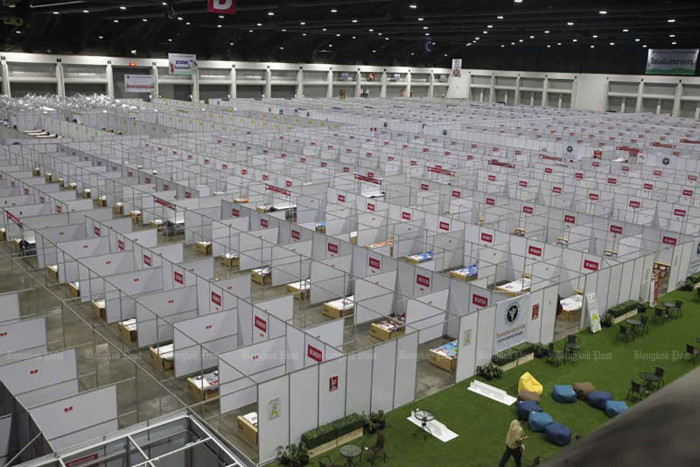 The Ministry of Public Health is closing a field hospital at the Impact Muang Thong Thani exhibition center in Nonthaburi province due to a drop in the number of patients with Covid-19.

Kittisak Aksornwong, assistant to the permanent secretary of public health, said the 3,700-bed Busarakam hospital will be closed by September 30 and the area will be returned on October 1.

Since the field hospital opened on May 14, it has treated 20,289 patients, 92 in critical condition and 55 with moderate to critical symptoms. Most have recovered and returned home, he said.

Over the past two weeks, the hospital has seen a sharp drop in patient numbers – around five new cases per day, compared to a daily average of 100 when it opened and 300 to 400 cases per day when the Delta variant went into effect. started to spread, he said. noted.

“It has therefore been agreed that the field hospital will be closed,” he said.

Dr Kittisak said the Busarakam hospital, when it opened on May 14, had 1,100 beds. Its capacity was increased to 2,200 beds on May 28. At the beginning of July, 1,500 additional beds were added and were quickly occupied.

During this period, the number of patients requiring high flow nasal oxygen increased to 200 per day.

Dr Kittisak said home and community isolation centers and field hospitals have opened across the city and in neighboring provinces, and they are expected to welcome new patients.