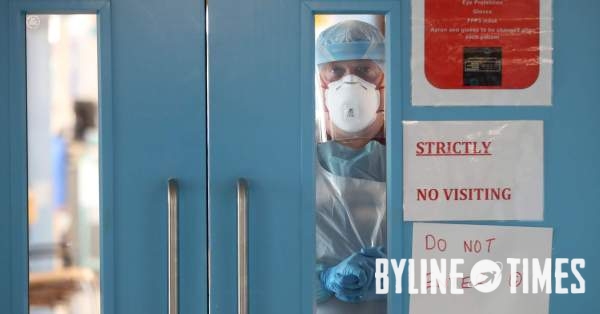 Report shows NHS paid £ 1.69bn to private hospitals for bed capacity during pandemic, even though they accounted for less than 1% of COVID-19 bed occupancy

Some, as has been reported by Signing time, have ties to the Conservative Party.

The government appears to increasingly rely on private health care providers through its national capacity building network. The initiative, which took effect in April 2021, awarded a four-year £ 2.5bn contract to numerous private providers, including those included in the £ 1.69bn contracts to support the NHS during the pandemic.

The spending is a significant increase from the £ 1.5 billion that NHS trusts previously spent on the private sector in recent years.

However, data on bed occupancy and the behavior of private providers in the first year of the pandemic raised questions about public health funds spent on private capacity.

Although the contract is designed to meet growing patient demand during the pandemic, data collected by the Center for Health and Public Interest (CHPI) revealed that on 39% of the days between March 2020 and March 2021, no private bed was not occupied by a Covid. -19 patients. In addition, on an additional 20% of days, only one bed was occupied by a patient with coronavirus.

This lack of capacity utilization is the result, in part, of the lack of intensive care beds in private hospitals. On average, 7,000 patients are transferred from private hospitals to NHS hospitals each year in order to access this type of care, at an estimated cost of £ 85million.

The original contract of March 2020 meant that the NHS was block buying all private hospital beds so that patients could be. The contract was adjusted later in the year, in August 2020, with the NHS paying as much as 75% of private beds. At this point, various vendors have terminated the contract, including HCA Healthcare UK.

Between April and July 2020, when all private hospital resources were available to the NHS, there was a 73% reduction in total NHS funded health care activity. This represents a decrease from 1.2 million to 336,000 optional, non-optional and outpatient appointments.

The reduction was in part due to pressure on staff and prioritization of coronavirus patients. But as the authors of the CHPI report explain, “unlike the NHS, private hospitals were not treating a significant number of Covid-19 patients, [so] we would expect their normal service delivery to have been less affected by the pandemic. The NHS appears to have held up better, with total activity in NHS hospitals falling 21.5% from the year before the pandemic, while equivalent NHS-funded activity in contract hospitals fell by 42.8%. “

Between August and December, the contract was changed so that the NHS paid no less than 75% of private beds. In January 2021, this was revised a second time, moving from the provision of a defined share of private hospital capacity to a fixed volume of care activity. This meant that, for the other companies in the program, payments were no longer made “at cost”, but a fixed sum based on a guaranteed minimum level of activity.

As a result, the NHS had less access to backup capacity during the intensive second wave of the pandemic.

CHPI highlights how changing contracts reduced costs for the government but diminished the capacity of the NHS in favor of private healthcare companies. Indeed, in January, the Manchester University Foundation Trust reported to its board that local private hospitals were “pushing back” requests to take more NHS patients.

The decision in favor of private healthcare companies is critical at a time when these same companies were seeking a pandemic “rebound”. This included performing non-urgent and non-elective procedures at the height of the crisis, which NHS directors said made them “deeply uncomfortable”.

Now private companies are hoping for a ‘rebound’ resulting from long NHS waiting lists pushing people who could afford it to switch to private providers, as well as the NHS paying these same companies to perform procedures and reduce pressure on waiting lists.

The network of independent healthcare providers responded to the CHPI report, saying it was’ the right decision to secure any additional capacity to ensure the UK can avoid the experience of other countries that had seen their health services completely overwhelmed by Covid-19. As it stands, this disaster was avoided thanks to the success of the containment measures and the health system was able to provide care to all Covid-19 patients who needed it. This means that relatively few Covid-19 patients have been treated in the independent sector. Instead, from the early weeks of the pandemic, the NHS demand was for the independent sector to create ‘green’ Covid-free pathways and sites so that urgent treatment for cancer and other ailments can continue while NHS Trusts took care of the majority of Covid -19 patients.

“The capacity of independent sector suppliers has been crucial in helping the NHS cope with the Covid-19 crisis,” the statement added.

OUR JOURNALISM COUNTS ON YOU

Thank you for reading this article

A new kind of newspaper – independent, fearless, outside the system. Fund better media.

Our main investigations include Brexit, the Empire and the Culture Wars, Russian meddling, the coronavirus, cronyism and far-right radicalization. We’re also introducing new color voices in Our Lives Matter.