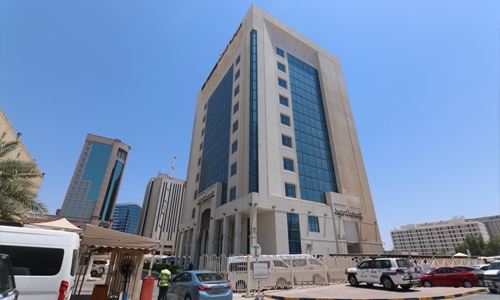 The minor correctional court yesterday sentenced a doctor to six months in prison on charges of falsifying documents and deceiving patients. The court also found him guilty of damaging the reputation of a Bahraini public hospital.

The court also ordered a temporary suspension of sanctions until the appeal deadline for a guarantee of 500 BD.

Court records indicate that the doctor transferred patients from his clinic to a private hospital at the Salmaniya Medical Complex to perform surgeries in exchange for money.

Patients paid the doctor between 1,000 and 1,500 BD for the surgeries, which were actually done free of charge by the Salmaniya medical complex.

The Salmaniya Medical Complex provides free care for citizens and others in emergencies. Ignoring this and trusting the doctor, the patients said they credited money to the doctor’s account.

The prosecution opened an investigation after receiving a report from the Bureau of Financial and Administrative Supervision into the incident. Investigators discovered that the accused had taken between 1,000 BD and 1,500 BD in exchange for false receipts.

The accused made urgent appointments for the patients at the medical complex using his knowledge.