PhilHealth to pay all private hospital claims by end of 2021 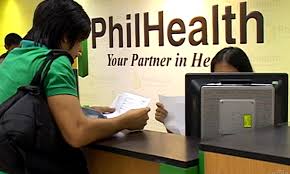 The Philippine Health Insurance Corporation (PhilHealth) plans to settle all of its outstanding debts with private hospitals before the end of the year.

“Our hospital payments will be released soon, especially for claims related to Covid-19 (novel coronavirus disease),” Baleña said in a virtual interview with PTV last Thursday.

Philhealth released the statement after members of the Association of Private Hospitals of the Philippines Inc. (PHAPi) renewed their threat to no longer renew their accreditation with the state health insurer.

This after Philhealth allegedly failed to pay 20 billion pesos in claims from private hospitals.

Baleña said Geirran is already in talks with PHAPi to try to convince him to reconsider its members’ decisions, which will make it more difficult for Philhealth members to get their refunds.

He said they had asked for PHAPi’s understanding for the delays in their reimbursement, which he said could be attributed to the impact of the pandemic on their office operations.

On Thursday, Baleña said he had not yet received any notice from a private hospital, which said he will no longer renew his Philhealth accreditation.

Despite the said limitations, Baleña said Philhealth was still able to settle 152.8 billion pesos in claims from January 2020 through October 28, 2021.

“This represents 75% of the total complaints we have received,” Baleña said.