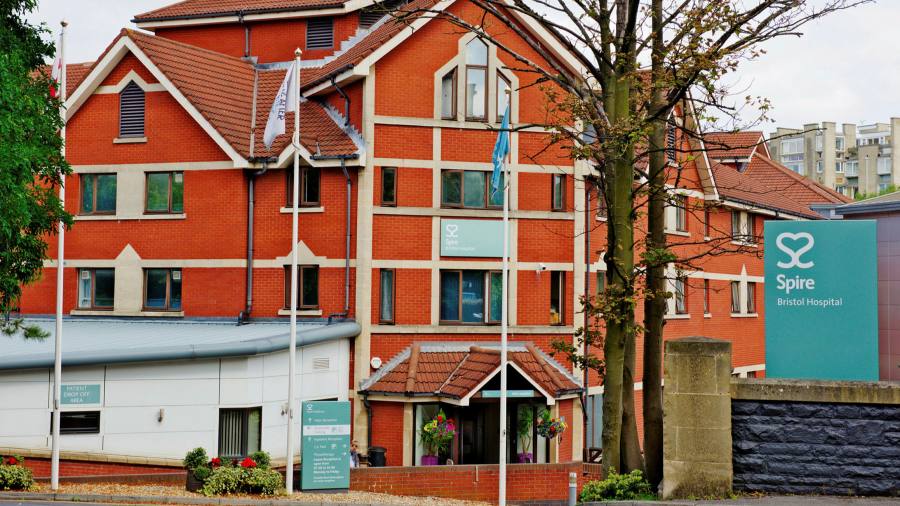 The boss of private hospital operator Ramsay Healthcare insisted there was “no pot of gold at the end of the rainbow” just because of an increase in NHS waiting lists as it sought investor support for the £ 1.4bn buyout of rival group Spire Healthcare. .

In an interview with the Financial Times, Craig McNally, chief executive of Ramsay, dismissed claims by some investors that the 250 pence per share offer undervalued Spire, one of the UK’s largest private hospital groups. United.

“It’s a difficult job to manage additional volumes [of patients] and hospitals are expensive businesses to run, ”McNally said. “There is no pot of gold at the end of the rainbow just because of the increase in waiting lists.”

The Australian group has already obtained the support of the board of directors of Spire and its largest investor Mediclinic, which holds 30% of the capital. The deal would merge the 37 Ramsay clinics in the UK with the 47 in Speyer to create the country’s largest hospital supplier.

Spire needs 75 percent of the shareholders to back the merger, but this morning it was forced to postpone the vote on the deal to July 19 due to pressure from investors.

In an attempt to derail the deal, Toscafund Asset Management increased its stake in Spire from 5% to 8% last night. Toscafund said that “the offer is at the wrong time and at the wrong price and significantly undervalues ​​Spire, just as the outlook for the sector has improved.”

Earlier this week, Toscafund sold its majority stake in UK’s largest private hospital operator Circle Health Group to US healthcare operator Centene for an estimated £ 900million, according to two sources close to the agreement. Centene faced protests from anti-privatization activists in the UK after purchasing a chain of GP clinics earlier this year.

Spire investors, including Fidelity International, its second largest shareholder with an almost 9% stake, also spoke out against Ramsay’s deal, which was increased by 240p per share in May. Other investors, including Schroeders and Aviva, have yet to state their views.

Spire has faced a series of problems over the past few years. Last year he was forced to pay £ 1.2million in fines to the Competition and Markets Authority regulator after one of his private hospitals struck an illegal price-fixing deal on consulting fees for people with eye disorders such as cataracts and glaucoma.

The company has also agreed to pay nearly £ 27million in compensation and related matters after one of its consultants, Ian Paterson, performed unnecessary or inappropriate surgery on around 750 patients. Paterson was jailed for 20 years and the company said it would provide “ongoing support” to its patients.

Ramsay derives around 80% of his income from contracts with the NHS, while Speyer’s figure is around 30%. Last year, the government agreed to pay the operating costs of the two companies – including rent, interest and staffing – during the pandemic after their consultants, most of whom are also employed by the NHS , were invited to divert their attention to the crisis.

Both companies expect to benefit from an increase in the work of the state-funded health service as well as an increase in the number of patients willing to pay directly for their own operations as NHS wait lists increase as a result of the pandemic.

McNally said the deal would allow Ramsay to capitalize on Spire’s experience in providing a wider range of acute services, as well as providing more scale to drive growth. “There is a backlog of work, both public and private, that needs to be addressed,” he said.

Any merger should attract the attention of the CMA, with divestments to be required in some cities.

Justin Ash, chief executive of Speyer, received a bonus of £ 300,000 in March, raising his salary last year to £ 1.2million.

Centene had not responded to requests for comment at the time of publication.