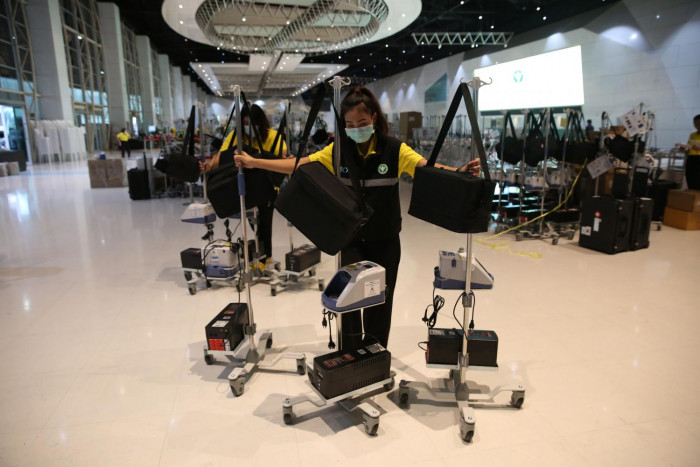 Last Friday, the Ministry of Public Health announced the closure of the 3,700-bed field hospital after evacuating the last batch of Covid-19 patients on September 20.

At the closing ceremony, Dr Kiattiphum Wongrajit, Permanent Secretary for Public Health, presented certificates to 24 agencies that participated in the 130-day operation.

Dr Kiattiphum thanked the medical staff and frontline volunteers for their dedication in patient care and members of the public who provided logistical support to doctors and patients.

“They have completed the mission,” he said.

He said all health workers have returned to their workplaces and the ministry will distribute medical supplies to hospitals across the country according to their needs.

During the 130-day operation, the facility treated 20,436 patients in and around Bangkok.

It took seven days to build what was one of the largest field hospitals in the country, designed to allow actual hospitals to focus on people in need of intensive care as Thailand grappled with the spread of the disease. Delta variant.

The hospital was equipped with medical equipment, including respirators, x-ray equipment, high-flow oxygen therapy devices, and a standardized laboratory. There were negative pressure chambers and life-support devices on hold.

However, as of September, the number of patients declined with five to six patients arriving at the hospital each day, from a peak of 300 to 400 per day when the Delta variant began to spread.