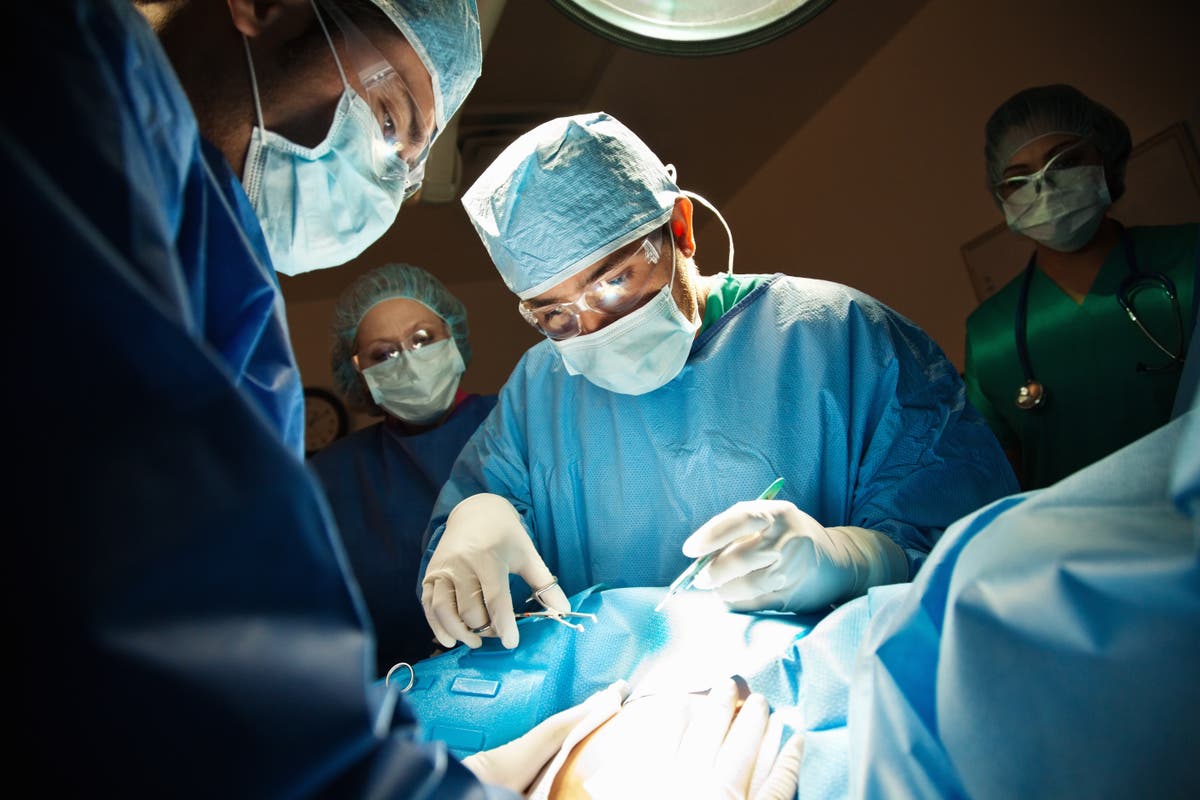 There was a 30% increase in the number of patients self-financing their operations in private hospitals between April and June of this year compared to the same months in 2019.

Figures from the Private Healthcare Information Network (PHIN), which collects data on the activity of private hospitals for the public, show that 65,000 people paid for their treatment privately during the three-month period.

Procedures such as cataract surgery and hip replacements are now more often self-funded than paid for by insurance.

For the first half of 2021, self-funded patients accounted for a third of all admissions to private hospitals for the first time.

The increases come as NHS waiting lists have reached record levels with a total of 5.7 million people awaiting routine procedures on the NHS.

A new YouGov poll commissioned by PHIN found that one in five people say they are now more likely to opt for private health care after the pandemic due to concerns about the length of NHS waiting lists.

For hip replacements, 2,200 people paid for their surgery through insurance between April and June 2019, while 1,700 paid for themselves. That division has now completely reversed with 4,700 people using their own money to have a hip replacement, compared to 2,500 using insurance.

The PHIN, which was created following an investigation by the Competition and Markets Authority into a lack of transparent data in private hospital care, has warned the public to conduct thorough research before spending its own money.

He said patients should ask for details on “package prices” and use his website to check consultant fees and activity at the hospitals they are considering.

PHIN CEO Matt James said The independent it was not possible to know if the increase in the number of self-funded private patients was due to the choice of NHS patients to go private, but added: “It seems likely that some patients are using private health care for the first time, especially for common procedures including hip and knee replacements and cataract surgery. Private activity for these procedures is increasingly paid directly instead of having recourse to insurance.

“That said, around a quarter of a million private procedures were lost during the pandemic, so there is also some catching up to do for patients awaiting private treatment.

“Our poll with YouGov indicates that more people are willing to use private services than before the pandemic, and this appears to be largely due to increased NHS waiting lists. With the increase in self-pay, we may see more people accessing private health care for elective treatments. “

He added that the number of patients treated by private health care was relatively low. In 2019, there were 10.1 million elective procedures in the NHS, compared to around 750,000 private procedures.

Mr James said: ‘Even a relatively small change from the NHS would appear significant in the private sector given its relative size. The data we have so far does not show this for most procedures, although there is some evidence that it can occur in some of the more common and high-profile elective procedures such as hip replacements. and knee and cataract surgery.

A YouGov poll for the PHIN found 22% of people said the pandemic had made them more likely to use a private hospital, with seven in 10 worried about NHS wait times as a reason they would consider to become private.

Mr James added: ‘With hundreds of thousands of NHS elective and private operations lost in 2020 due to the pandemic and waiting lists constantly in the news, it is perhaps not surprising to seeing people consider self-financing private treatment even though they hadn’t done so before.

“We would tell anyone thinking about this route to make sure they are well informed so that they can make the choices that are right for them and to avoid surprises.

“It is important to ask the right questions about costs as well as the performance of the consultant and the hospitals. Our website can help people research their private health care options, helping them navigate a sometimes confusing system, especially those who pay themselves.